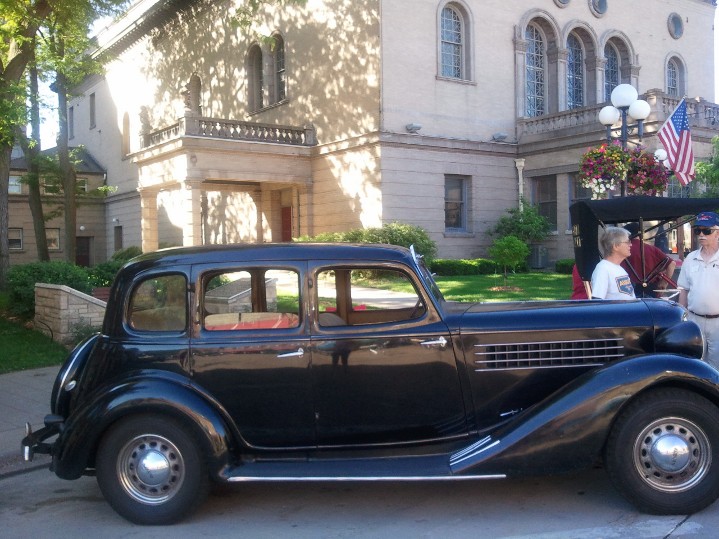 Some Dads are stately old gentleman, and that is just the kind of car we took to the father’s Day car show in Red Wing, Minnesota in 2013. This is an annual event, well attended by cars from a large area. This year the theme was ‘Drivers and Survivors’ so taking the 1935 unrestored Auburn sedan seemed most appropriate.

The Red Wing event is lively and welcoming to any and all old cars and old car buffs.  The city allows several square blocks of downtown to be closed to traffic, making car watching a wall to wall enjoyment. Several businesses open for the occasion to provide eats and additional entertainment.  If you are ever in the area on this day of the year, be sure to take in this great event put on by the Phantoms Motor and Model Club. 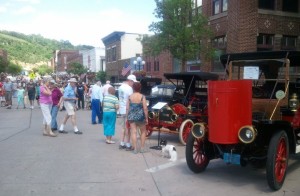 Genny has a place with some of his elders at the Red Wing, Minnesota Father’s Day car show. 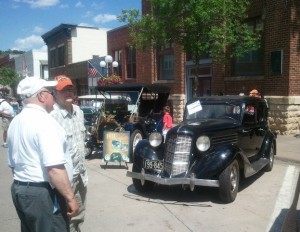 A Driver and a Survivor, as the theme of the show this year advertised. Plenty of hot rods, rat rods and others, too.