Generator assembly K10314 is the same for all non-supercharged cars.
It is painted semi-gloss black.
It has a single pulley.

Auto-Lite GAR4603 stamped on a tag with a red background.
Tag is affixed to the commutator dust band K10451.

The generator assembly is secured to bracket K10337 with one SF508 hex head cap screw marked W, and one SJ508 flathead cap screw. There is one WA5 lock washer on the SF508 bolt.
The flathead bolt goes in from the front where the generator bracket is counter sunk, secured with a NF5 nut and a WA5 lock washer.
The rear bolt SF508 passes through the K10337 bracket and through the generator. The result is the two bolts point at one another and the nuts are on the inside.

Generator adjusting link K10339, semi-gloss black, is secured on the inboard side to the front engine mount plate with SF506 hex bolt. And secured to the generator with a SF508 hex bolt and a NF5 nut and WA5 lock washer. Bolts are marked W or 30 and Parkerized.

Generator drive belt K10342 should have no cogs on the inside and no maker mark. The same is true with the fan belt H10199.

When the generator was manufactured at Auto-Lite the end plate was painted prior to the brush assembly being riveted on, hence the rivet heads are cadmium plated, not painted.

Both oiler cups on the generator are nickel plated.

There are three screws that retain a cover plate on the commutator end housing. These are natural or cadmium plated fillister head screws, with three WA010 lock washers. 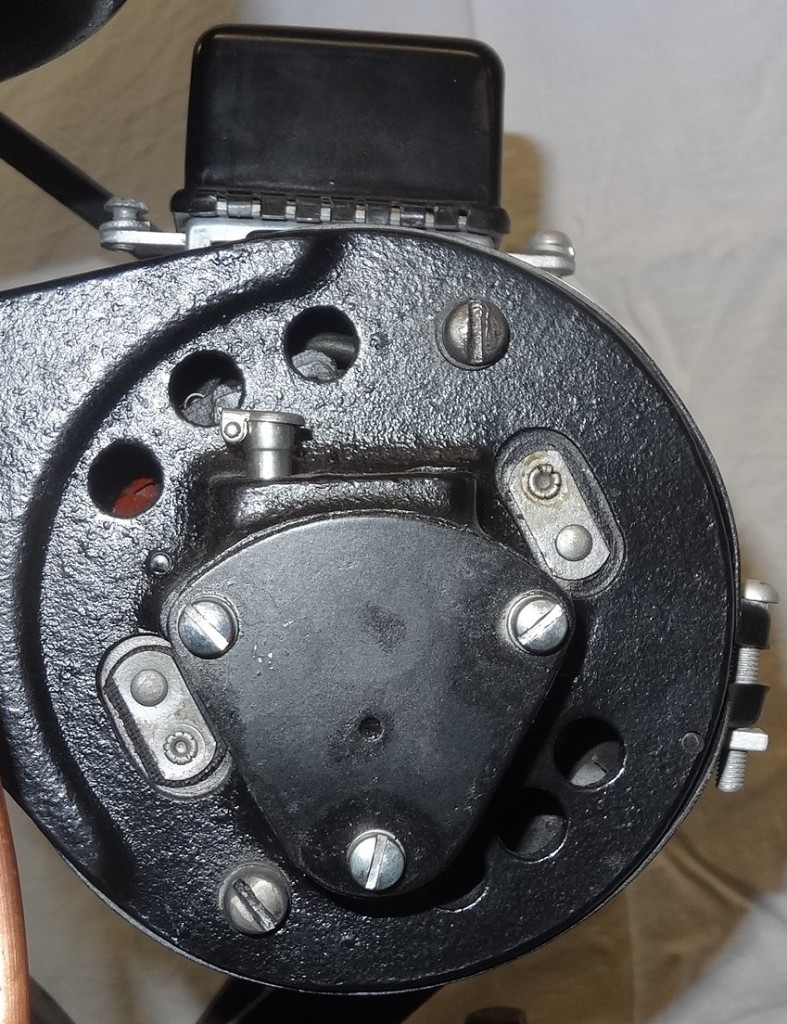 This generator has a fuse cover K10448 mounted on top that is marked FUSE. A 7.5 Amp fuse was supplied originally.

There is a circuit breaker K10458 that is mounted on top of the generator. The cover is semi-gloss black while the base is natural or cadmium plated.