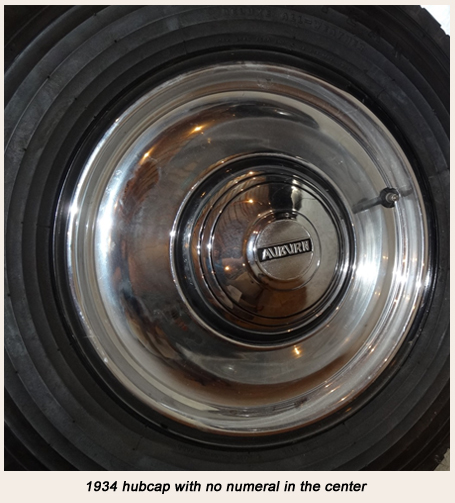 8 cyl wire wheel hubcaps after serial number 850-1404 have embossed AUBURN and caps marked ‘8’. All hub caps to this point have two decorative rings around the edge. The rings and the background behind the AUBURN script are painted black. Part # E10664. 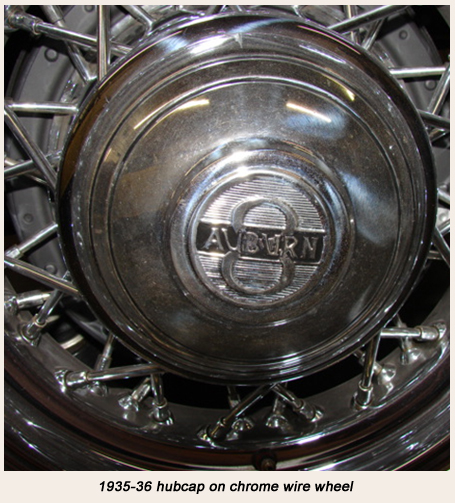 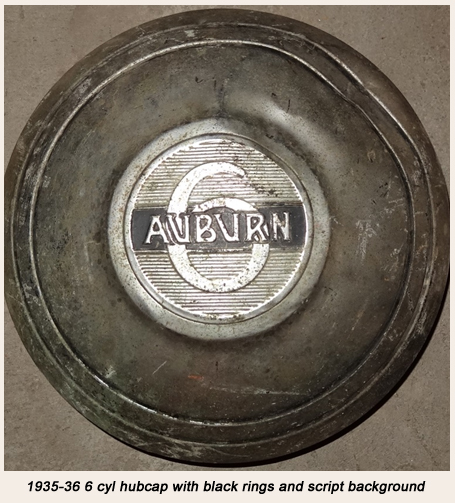 6 cylinder artillery wheels, were introduced in March 1935 on Standard (not Custom, which had wire wheels) line of 6 cylinder cars with a larger hub cap that has a different font of the AUBURN script painted black and no rings. Part # E10513.