The startix K10020 is the same for all cars that are so equipped.

It mounts on two studs.

Stud A90429 screws into the block and is secured with two NF4 nut and WA4 lock washers.

All cars equipped with Startix use a short cable K10386 from the startix to the starter motor.

These cables are cloth wrapped, size 00, with no plastic overs at the lug end. 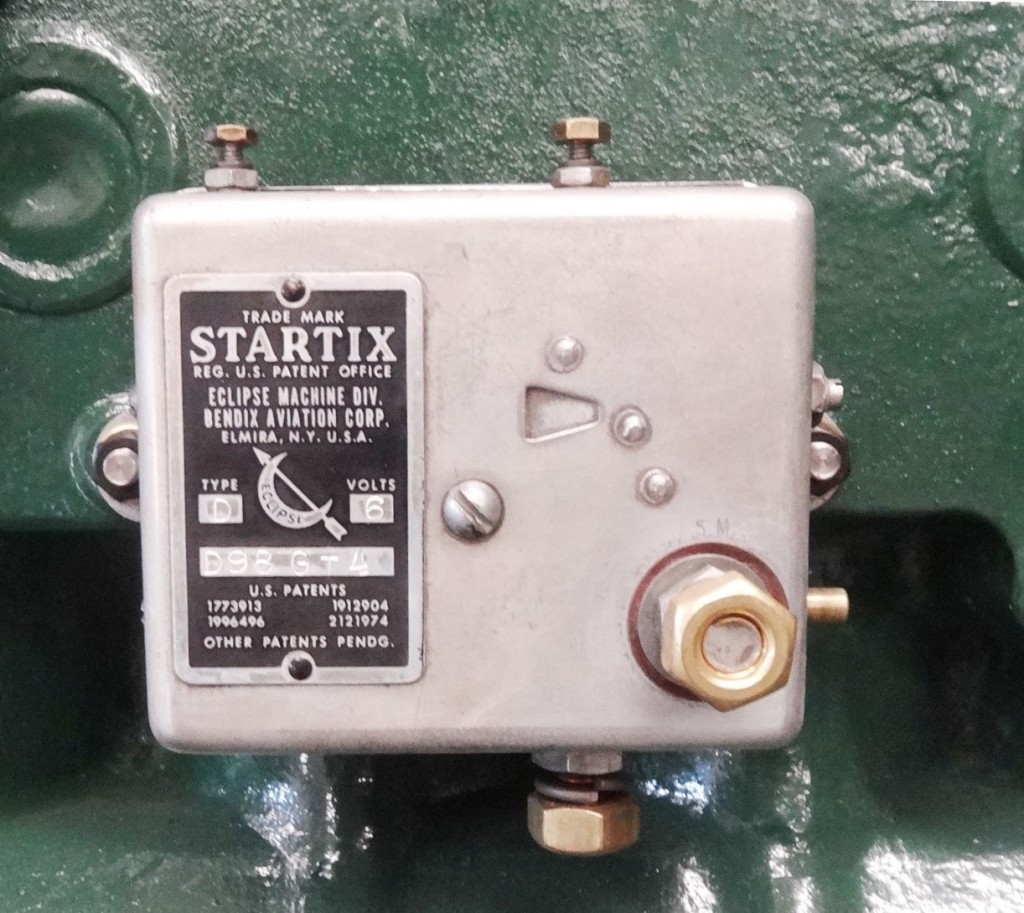